The sustainable mobility projects initiated by Aeroporto di Bologna also include the construction of two bike path sections, both part of the Ciclovia del Sole - Eurovelo 7.
In more detail:

The bike and pedestrian path as a whole will connect the airport with Eurovelo 7 (Capo Nord-Malta Ciclovia), mainly as a response to the need to connect the airport with the city of Bologna in an entirely carbon-neutral manner, offering a valid and environmentally friendly alternative for home-work commuting, but at the same time with the ambition to satisfy the demand for urban cycling as well as to meet the ever-increasing demand for cycling tourism.

Moreover, thanks to the Mobility Management agreement signed by AdB with the Municipality of Bologna, in 2021 the home-work commute of AdB Group employees by bicycle certified via an app entitled them to a mileage reimbursement and the possibility of further discounts on an integrated public transport season pass. In 2021, employees of the AdB group cycled 6,840 kilometres to work, which corresponds to 877 kg of CO2 emissions avoided, the same as that absorbed by an average of 43 adult trees in one year. The Bike to work project has also been confirmed for 2022.

July 2022 also saw the opening of the BLQ Bike Station at the airport, a parking area for bicycles and scooters with modern anti-theft racks. It is located in the area below the Marconi Express station, at the end of the bike path inside the airport grounds. The station is under video surveillance and equipped with a bicycle maintenance column. AdB Group employees can use showers, changing rooms and lockers reserved for cyclists. 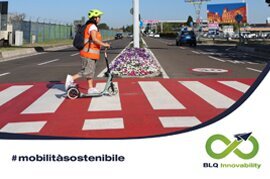 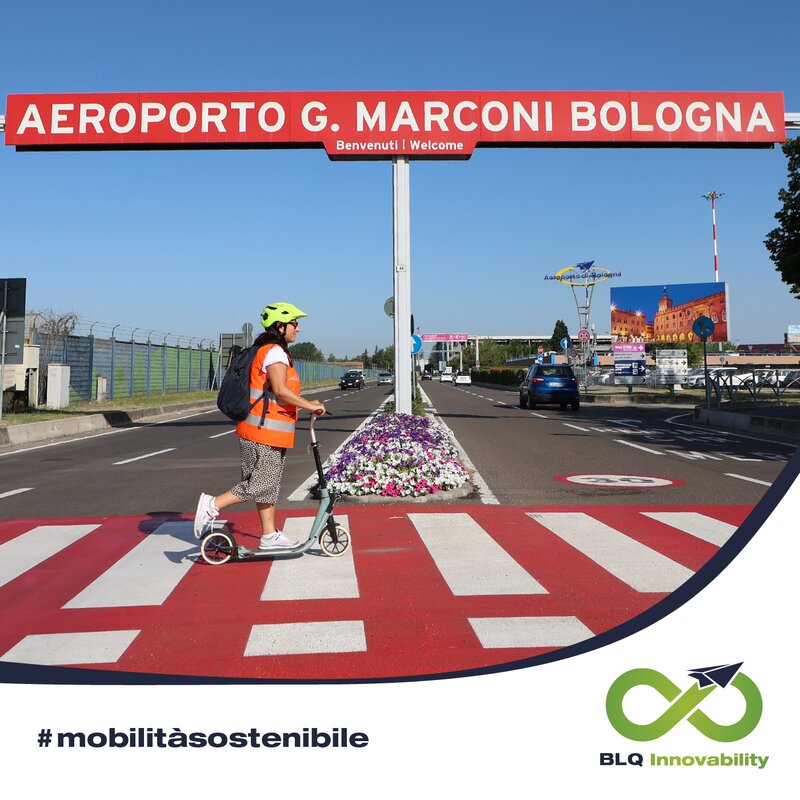