“Welcome to Dusseldorf!” to the guests who arrived on Monday with airberlin from Bologna at Dusseldorf airport on the inaugural day of the new connection. To mark the launch of its new route between Dusseldorf and Bologna, airberlin surprised one of its passengers with a flight voucher.

Riccardo Pataracchia from Cerreto D'Esi (near Ancona) flew aboard AB8687. After landing at Dusseldorf airport, the young businessman from Italy was given a flight voucher for two people by Karl-Hermann Hansen, airberlin corporate communication.

airberlin launched its three daily flights connecting the business centres of Dusseldorf and Bologna on May 2, 2016. Ideally integrated into the airline's global route network, a number of connecting flights are available to travelers from the region of Bologna both within Germany and Europe, and also to the two new US destinations of Boston and San Francisco, as well as to Los Angeles, New York, Miami and Fort Myers. The new flights to Havana as well as to Varadero, Puerto Plata and Punta Cana are also accessible from Bologna with just a single stop in Dusseldorf.

But not only was it the launch of Dusseldorf-Bologna on Monday: Also new and connected with the service to Bologna are the three daily flights from Dusseldorf to Stockholm. 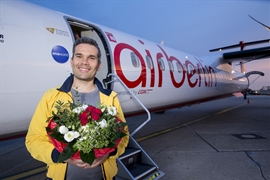 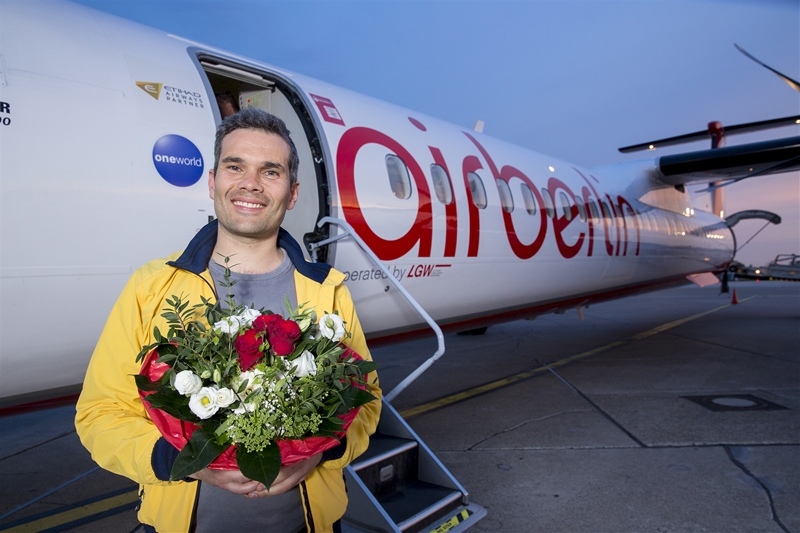