20/04/2017 Bologna Guglielmo Marconi Airport is offering passengers new self-service convenience when checking in their baggage with the introduction of SITA’s Scan&Fly bag drop units. Passengers can now check in their own bags in less than a minute, resulting in fewer queues and a better passenger experience overall.

Bologna is the first Italian airport to install SITA’s Scan&Fly units. The new bag drop units will initially be used by low-cost carrier Ryanair before being extended to other airlines. Bologna Airport is a fast-growing hub for Ryanair with more than 20 destinations and 170 flights a week.

SITA is a global provider of award-winning bag drop solutions. Airlines and airports globally have welcomed the high-quality interface of Scan&Fly, the ease of its retro-fit and the ability to fully integrate with the SITA AirportConnect common-use platform.

Nazareno Ventola, CEO & MD of Aeroporto di Bologna, said: “Our passengers value the convenience of self-service technology from a customer experience point of view. From the airport’s perspective, Scan&Fly helps improve the passenger flow through the airport terminal, facilitating our rapid growth. The self-bag drop units are the latest in a series of options we have been developing recently, aimed at providing a smooth, effortless travel experience to all our passengers, with a direct benefit for our airlines’ operations.”

In 2016 Bologna Airport was the fastest-growing airport among Italy’s 15 busiest airports, with almost 7.7 million passengers. Over the last eight years, the airport has grown its passenger volumes twice as fast on average than Italy’s overall passenger growth.

Dave Bakker, SITA President, Europe, said: “An increasing number of airlines and airports globally are recognizing the benefits that self-bag drop can bring to passengers as well as their own operations. The ability to quickly and securely check-in your bag is just one of the ways we can help airports streamline the passenger process using self-service, from the moment they check-in to when they arrive at the destination.” 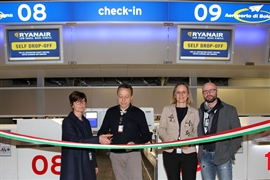 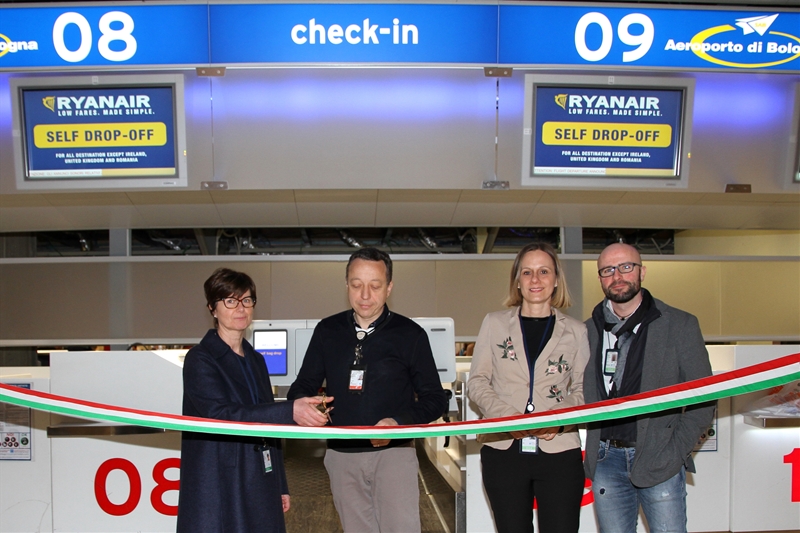