Go to the main content
← Go back to Noise

What is airport noise?

Airport noise is the main environmental impact to affect people living near airports. The source of the noise pollution is the aircraft, which create engine and drag noise during take-off and landing. The level of air traffic noise perceived on the ground depends on various factors, such as the number and type of aircraft, the overflight altitude, the route taken and, last but not least, the weather conditions.

How airport noise is measured

How airport noise is managed

Bologna Airport, together with the responsible bodies and authorities, implements specific noise management measures aimed at mitigating noise impact and reducing the disturbance caused to the surrounding communities, with specific regard to flights over the residential areas to the east of the airport. The airport noise management initiatives are in line with the main international guidance (Balanced Approach set out in European Directive 2002/30/EC).

A key aspect of managing the impact of airport noise is the reduction of aeroplane noise at source. Since the 1970s, passenger aircraft have been subject to noise certification standards, called “Chapters”, assigned by applying ICAO (International Civil Aviation Organisation) criteria. Originally, all aircraft were “Chapter 2” aeroplanes, but thanks to technological progress, aeroplane noise has gradually been reduced with the introduction of “Chapter 3” and “Chapter 4” aircraft.

Reducing the impact of noise on the local population cannot be achieved without adequate land-use planning. Italian legislation requires that so-called “airport noise zones”, consisting of three compliance bands (A, B and C), be defined for every passenger airport. Each band is characterised by airport noise limits and by use of the land concerned. Specifically:

The Bologna Airport noise zones are shown in the following figure.

Noise mitigation and noise abatement procedures are in place at Bologna Airport in order to limit air traffic over the residential areas to the east of the airport, and therefore to minimise the impact on the local residents. The procedures stipulate specific runway usage conditions (direction of take-off and landing). During the night (23:00-06:00), the following operating restrictions on air traffic over the city of Bologna are also in place:

In compliance with national regulations, noise abatement procedures do not apply to state flights, humanitarian flights, search and rescue flights, test flights or any flights specifically authorised by the Italian Civil Aviation Authority.

To guarantee the safety and regularity of air traffic, the noise abatement procedures authorise aircraft to fly over the city of Bologna when the following special meteorological or temporary circumstances that limit operational capacity prevail: 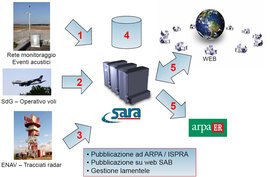 Airport Runway: take-offs and landings on Runway 12 and 30. 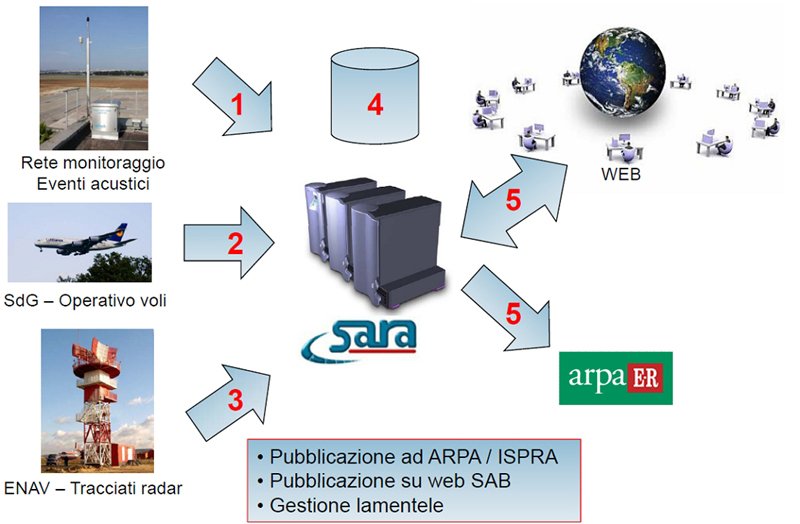