31/07/2019 The famous "journalist mouse", loved by children all over the world, will be the exceptional guide that, from tomorrow, will accompany families through reserved lanes, dedicated services and special restaurants’ menus inside the airport and will be the protagonist of an illustrated guide with games and information for baby passengers.

Flying from Marconi Airport with Geronimo Stilton. The popular "journalist mouse" from the editorial series that has already sold 161 million copies worldwide and that is published in Italy by Edizioni Piemme, lands at Bologna Airport, to guide children and their families inside the Terminal, showing them the lanes reserved for security and police checks, family bathrooms and "baby menus" of restaurants.

Giant totems, stickers and window stickers with the image of Stilton and the message "AIRPORT4KIDS with Geronimo Stilton" will therefore give greater visibility to the services dedicated to families with children, already active for some time at Marconi (from bathrooms with changing tables, to preferential lanes for families with children from 0 to 6 years), and will allow passengers to identify the catering points with dedicated menus for children.

From tomorrow, "Pronti al decollo? - Ready to take off?",  the new illustrated guide to the airport and its services, with games and information for Marconi's baby passengers, will be distributed for free in different areas of the airport (check-in area, security checks, police checks, Schengen arrivals and non-Schengen arrivals).

The project "AIRPORT4KIDS with Geronimo Stilton" was presented this morning at the airport by the CEO of Bologna Marconi Airport Nazareno Ventola, the Atlantyca Entertainment Licensing and Agent Manager Marco Piccinini and the director of Business Aviation and Communication Antonello Bonolis.

Families and children are airport users with special needs, mainly related to the ease of the routes to be taken and the need for relaxation and recreation in waiting moments. The partnership with Geronimo Stilton’s world will improve the travel experience and encourage the mobility of this type of passengers. Other projects related to the world of children are being prepared and will be implemented in the coming months. 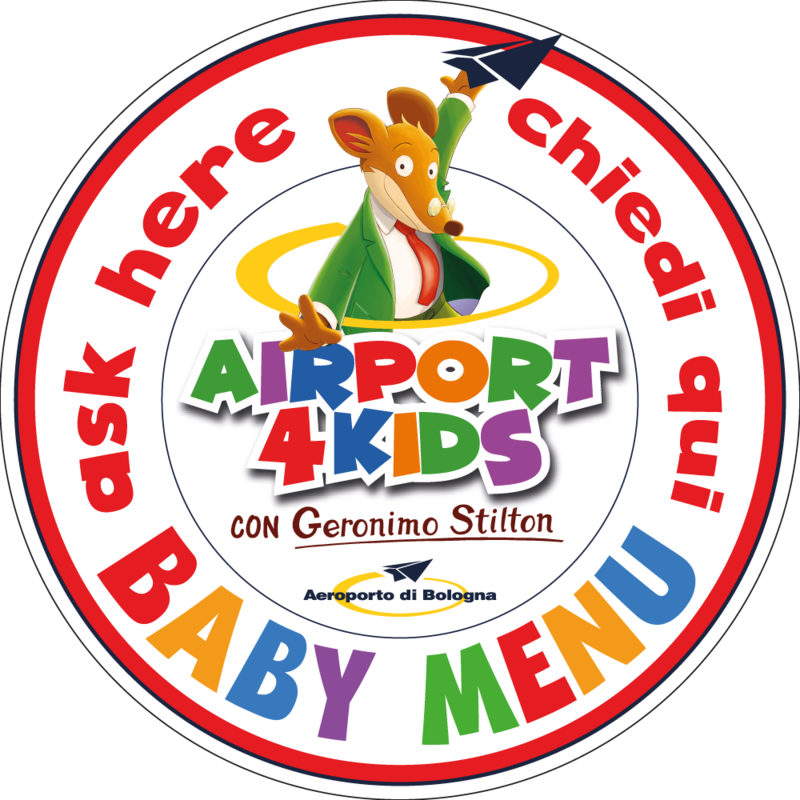