At the onset of Covid-19 AdB has promptly responded by setting up a permanent task-force composed of the Management Committee and the representatives from the Prevention and Protection Service, Safety and Compliance and Press Office, for a constant update on the actions to be taken and those already in force. Such task force is also constantly liaising with the USMAF – that is, the Maritime, Aviation and Border office - with the competent doctor and with the airport and local authorities for a better coordination even at a regional level.

Moreover, a Committee was set up for the application and assessment of the regulations of the ‘Shared Protocol to control the measures to fight and contain the spread of the Covid-19 in work environments’, protocol which was signed by the Government and the social partners. The Committee is represented by Employers, Trade Unions representatives and the employees spokespersons from the Group’s societies and by the Manager of Legal, Societary and Procurements Affairs.

The first actions put in place concerned passengers, with the measurement of body temperature for all arriving passengers, carried out by Civil Protection volunteers coordinated by Usmaf and with the support of AdB, the installation of sanitizing gel dispensers all over the airport and the introduction of billboards about the hygiene measures and precautions to be taken in order to limit the spread of the virus. The temperature control was subsequently extended to departing passengers, first through laser thermometers, then through the installation of the latest generation of thermal scanners. Finally, in the current phase, the thermal scanners have also been installed at the entrances of the passenger terminal. Temperature control is therefore carried out today for all people entering the terminal: passengers, airport operators and government agencies staff. At the same time, passengers accompanying passengers, both departing and arriving, cannot access the terminal and waiting equipped areas have been created outside the terminal. At present, this prohibition exists only when assembly situations occur.

Hence, following the Regional decree of 23 February AdB has reduced, according to the social distancing measures, all training courses, staff travels and visits from partners, suppliers and external advisors to a minimum, and then cancelled them altogether following the ministerial Decrees at the beginning of March. AdB has started up extra-ordinary sanitation and clearing procedures in the passengers areas, offices and staff areas, requiring all personnel who had been in the ‘red zones’ not to go to work and activate a self-quarantine policy.

In order to limit the spread of the virus and at the same time ensure continuity of airport activities, smart-working has been promoted for the administrative staff, and a roaster of staff involved in more strategical operations has been implemented in view of a contingency plan.

Following the steady reduction in air traffic – due to the several national and international ordinances and the flight cancellations by the Airlines – and with the aim of reducing labour cost and at the same time safeguarding the current occupational levels, a scheme of unused holiday period allocation has been implemented, then followed by one of extraordinary unemployment benefits for all staff.

In order to reduce costs and protect the cash flow, the Group has provided for a mitigation plan including the reduction in non-essential costs, the total ban of employment of new personnel and the missed renewal of the temporary contracts.

Some closures have also been set up of certain airport areas in line with operational requirements. Some entrance doors to the terminal building have also been closed. In compliance with current regulations, most stores and restaurants or bars have been closed. Only the supermarket, the pharmacy, the bar near the security checks and the ATM point are open. Most car rentals are also open. The MBL and the staff gym are closed. The company canteen instead – respecting some social distancing measures – is open.

The parking lots have been progressively emptied and therefore most of the parkings were closed, except for P 1 and 2.In order to keep to a minimum the inconvenience experienced by our customers who, due to the circulation ban, could not collect their vehicles from our parkings on the set date, our Group decided not to charge them with any additional cost beyond the planned stay.

At the same time, the airport was transformed into an aircraft parking lot: during the lockdown there were about ten planes parked in Bologna, awaiting reactivation after the crisis.

Since the end of the lockdown, the airlines have gradually reactivated connections to/from Bologna. In line with the reactivation of flights, commercial services have also reopened. The Marconi Business Lounge has been reopen from the 1st of July.

However, after Summer 2020, a new pandemic wave has come. The rules to prevent the spread of the virus have strongly discouraged travel and consequently airlines have again reduced connections. 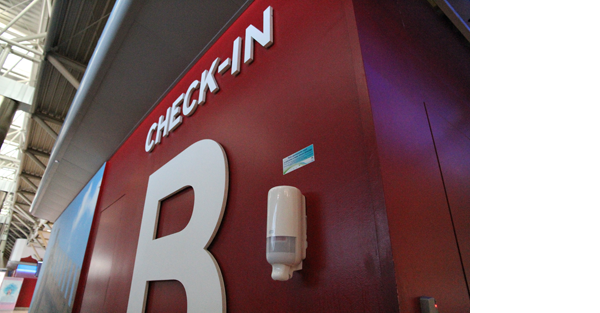 The AdB task-force is in direct contact with the health bodies as well as other governmental bodies to ensure a continuous flow of information and a smooth coordination of measures.

Employees can find all information regarding the actions to fight Covid-19 on the company Intranet which is updated continuously. Moreover, in all common areas information signs are providing information on limiting the use of lifts, reminding users to maintain social distancing and promoting the use of the sanitizing gels.

Related to the evolution of the crisis, the Document of Risk Assessment, which outlines the company behaviour to adopt and which equipment to use in different work environments has been updated several times. Face masks, gloves and protection goggles are available to all personnel in contact with the public. In particular, at the security checkpoints a new procedure was adopted, called ‘Best’, which allows for a passenger search standing at their back, hence limiting any chance of infection.

All staff are also asked – through additional signs at the clock-in post – to regularly monitor their health condition and not to show up at work in case of high temperature, cough and breathing difficulty.

Our competent doctor is available to employees for face-to-face and remote consultations, at the same time the Listening Desk service, managed by a psychologist and psychotherapist, has always remained active in presence or online depending on the regulatory provisions that have followed.

Among the measures implemented in 2020 we offered a new supplementary health care insurance coverage specific for Covid-19 to guarantee health and safety of all our staff. Coverage has also been renewed for 2021.

On the financial side, we would like to highlight how AdB BOD decided, following a precautionary attitude with regard to an exceptional circumstance such as the Covid-19’s, to suggest, differently from what has been carried out recently, not to redistribute the profits and allocate them – around 20.9 million Euros – by 5% as a statutory reserve and by the remaining 95% as extraordinary reserve. This was performed with the aim of strengthening the company assets and allowing the group to cope with the current emergency in the best possible way.

The BOD proposal was approved by the Shareholders' Meeting the 30th of March 2020.

Bologna Airport has always remained open and operational in compliance with the Ministry of Infrastructure and Transport Decree no. 112 of 12 March, even if the flights have been reduced to a minimum, in consideration of the cancellations made gradually by the airlines. Bologna Airport, however, has guaranteed an essential public service to allow travel those who have the need and urgency to travel, and for the transport of medical supplies, with cargo flights. Equipment and supplies of medical and sanitary materials, including vaccines, have arrived and are still arriving in Bologna to help combat the impact of the pandemic.

Since the end of the lockdown, the airlines have gradually reactivated connections to / from Bologna. However, after Summer 2020, a new pandemic wave has occurre affecting almost the entire planet. Consequently, the regulations aimed at avoiding the spread of the virus and securing the health situation have strongly discouraged travel and consequently the airlines have again reduced connections.
The hope for 2021 is that mass vaccinations will lead to a progressive resolution of the health situation, which should also lead to pregrossive recovery of national and international connections. 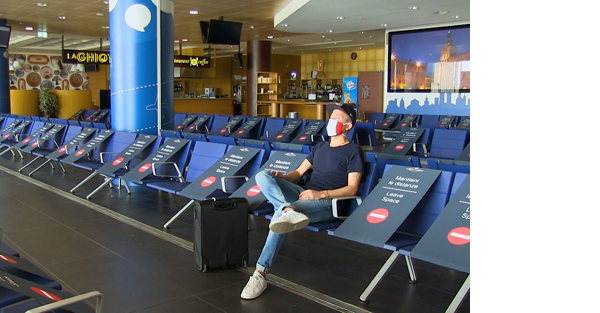 With the progressive resuming of flights and travel, what measures and procedures to protect the passengers’ safety, as well as the safety of all those working within the airport have been adopted by the airport?

To guarantee compliance with the above mentioned health measures, boarding times may be longer than expected: we therefore kindly invite all passengers to turn up at least 2 hours ahead of the departure time and anyway follow the airline’s instructions.

Access to the boarding area is instead allowed only to passengers whose flight is departing in the following 210 minutes. 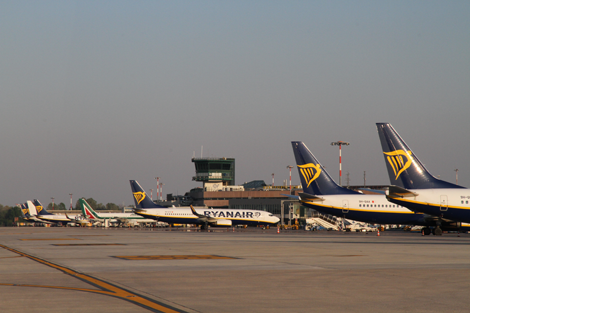 Our 2019 year ended with extremely positive results which reinforced our asset and equity soundness. 2020 has been huge difficult year for us all in the aviation industry and the impact has been more severe than in the previous 2001 and 2008 recession periods. On the other hand, we are convinced that air traffic transport will be a key factor in the economic restart, once the travel bans are lifted. 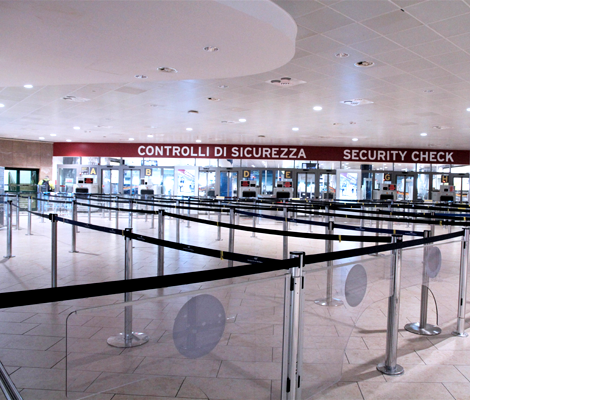